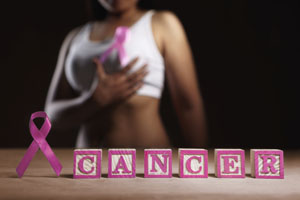 Even when they have the same access to health care — including regular mammograms — breast cancer seems to be particularly dangerous for hispanic women.

University of Denver researcher A. Tyler Watlington, MD, MSPH, and colleagues looked at data on 139 Hispanic women and 2,118 non-Hispanic white women enrolled in a Kaiser Permanente health plan for at least three years.

Earlier research has suggested that Hispanic women get more aggressive breast cancer. But most experts thought that in the U.S., Hispanic women’s lesser access to health care explained this disparity. Women who do not get appropriate breast cancer screening tend to have later-stage disease by the time they find out they have cancer.

But Watlington and colleagues found that the differences between Hispanic women and other women persist even when they get exactly the same health care.

I must add that there are many factors that should be considered: First, hispanic girls start bleeding earlier that non hispanic, and hispanic women have their menopause later, than non hispanic women. These factors expose hispanic women a longer period to estrogens, that are related to most of the malignant breast tumors.

Other factors that we must consider is diet: hispanic women´s diet is more rich in colesterol because of the large amount of fried food of hispanic diet. Hispanic women also tend to have overweigh and lack of physical activity, which are known risk factors for breast cancer.

Future research, Watlington and colleagues say, should explore these clinical and biological differences «as different strategies for breast cancer prevention may then be warranted for hispanic women.»